Pro-Government protestors collect rocks & glass bottles to use during a riot in front of a police officer as Sri Lankan police and pro-government thugs attacked protestors demonstrating against the arrest of retired General Sarath Fonseka, the defeated opposition presidential candidate. Opposition parties, including the United National Party (UNP), Janatha Vimukthi Peramuna (JVP) and Sri Lanka Muslim Congress (SLMC), had announced the protest at Hultsdorf, near the Colombo judicial complex. About 150 thugs were mobilised there by government politicians even before protestors arrived, and clearly intended to attack the demonstration. They were armed with iron bars, empty bottles and clubs. Hundreds of police were also deployed, including the anti-riot squad and water cannon. 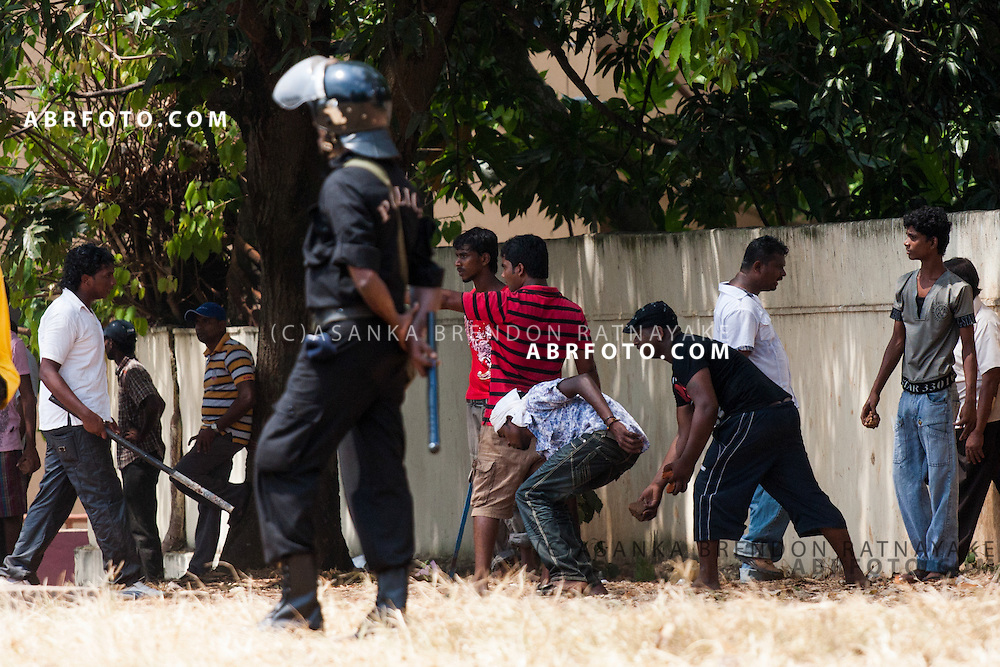